Hello friends! Once again it is time for the monthly social media marketing news recap. Please scroll below to check out the top Social Media news recap from December 2017.

On December 4, Facebook introduced Messenger for kids.  This is a new standalone app that lives on kids’ tablets or smartphones but can be controlled from a parent’s Facebook account. The app is first rolling out in the US.

On December 5, Facebook published their 2017 Year In Review. Watch it below:

On December 7, Facebook released new features and games on Messenger. Some of the new features include live streaming and live video chats.

On December 12, Facebook announced that they are moving to a local selling model. This simply means that advertising revenue supported by Facebook’s local teams will no longer be recorded by their international headquarters in Dublin, but will instead be recorded by Facebook’s local company in that country. Facebook will make this change in countries where they have a local office supporting advertisers in that country.

On December 14, Facebook announced that they are making an update to News Feed ranking for video content. Simply put, Facebook publishers whose video content already performs well and is being watched and searched for, will have even higher chances for reach.

On December 15, Facebook introduced “Snooze”. This new feature will give you the option to temporarily unfollow a person, Page or group for 30 days.

On December 18, Facebook announced a HUGE update on fighting non-authentic content on the platform – Facebook will be demoting individual posts from people and Pages that use engagement bait. If you are wondering what classifies as “engagement bait” in the eyes of Facebook see the below quote from their press release:

People have told us that they dislike spammy posts on Facebook that goad them into interacting with likes, shares, comments, and other actions. For example, “LIKE this if you’re an Aries!” This tactic, known as “engagement bait,” seeks to take advantage of our News Feed algorithm by boosting engagement in order to get greater reach.

On December 18, Facebook as well released their Transparency Report.

On December 19, Facebook announced new features and tools related to their Face recognition technology. Some of the features include: knowing when you appear on a photo on Facebook, even if you are not tagged, and knowing if someone else tires to use any of your photos as their profile photo on Facebook.

On December 20, Facebook announced that they will no longer use Disputed Flags to identify false news. Instead they will use Related Articles to help give people more context about a story.

On December 5, Instagram introduced Stories Highlights and Stories Archive. You can now see an Archive of your stories and pick some to feature on your Instagram profile as a Highlight on top of your regular posts. On December 12, Twitter announced Threads a new way to publish multiple Tweets together at the same time. 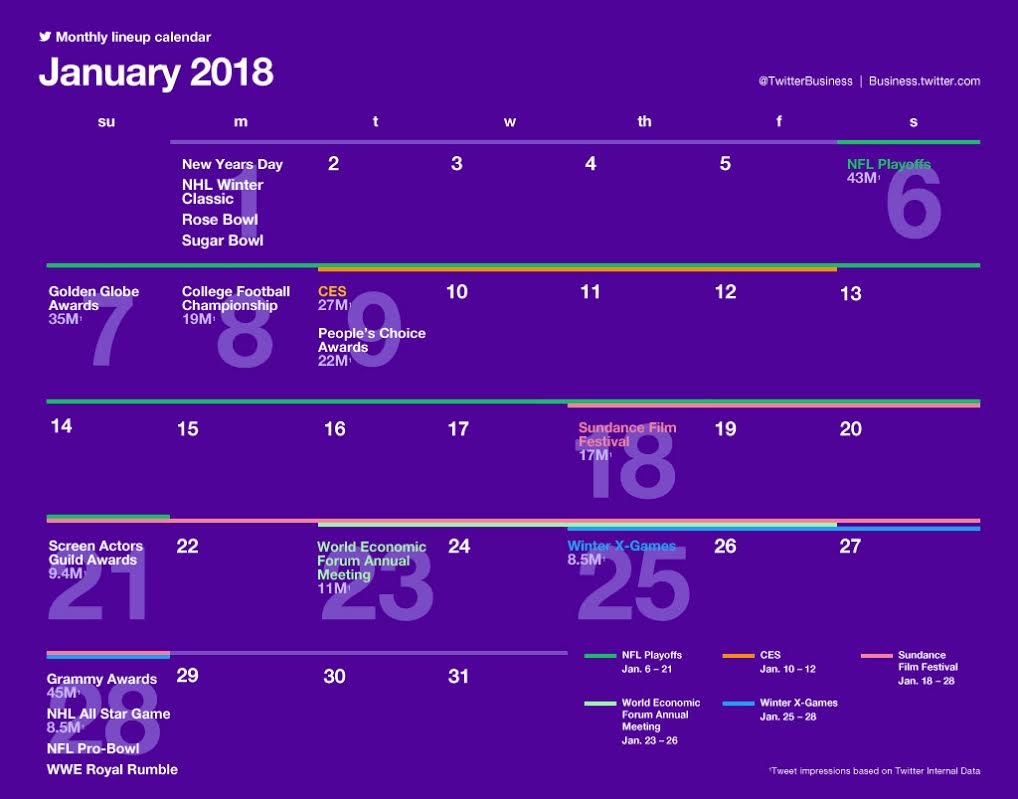 On December 9, Pinterest announced that they are joining the Cloud Native Computing Foundation.

On December 19, Pinterest published an article talking about their efforts and achievements related to building an inclusive, diverse workforce at Pinterest.

On December 7, LinkedIn published their monthly workforce report for the United States for December 2017.

On December 14, Snapchat introduced Lens Studio — a new way for anyone to create Lenses for the Snapchat community!

On December 4, YouTube published a press release talking about the increase of the efforts they make agains the abuse of YouTube as a platform.

On December 6, YouTube published their famous annual #YouTubeRewind 2017. Watch it below:

And don’t forget to check out the:

Read More
We use cookies to ensure that we give you the best experience on our website. If you continue to use this site we will assume that you are happy with it.OkPrivacy policy